So after quite a lot of issues and struggles witht the automations in Home Assistant I decided to give Node-RED a go for its money.

And after a couple of hours trying to get it to do my bidding I fell in love with it.

It is way more responsive and has way more possibilities which are otherwise a pain in Home Assistant.

These are now the living room automations, and all the automations in home assistant are now removed. 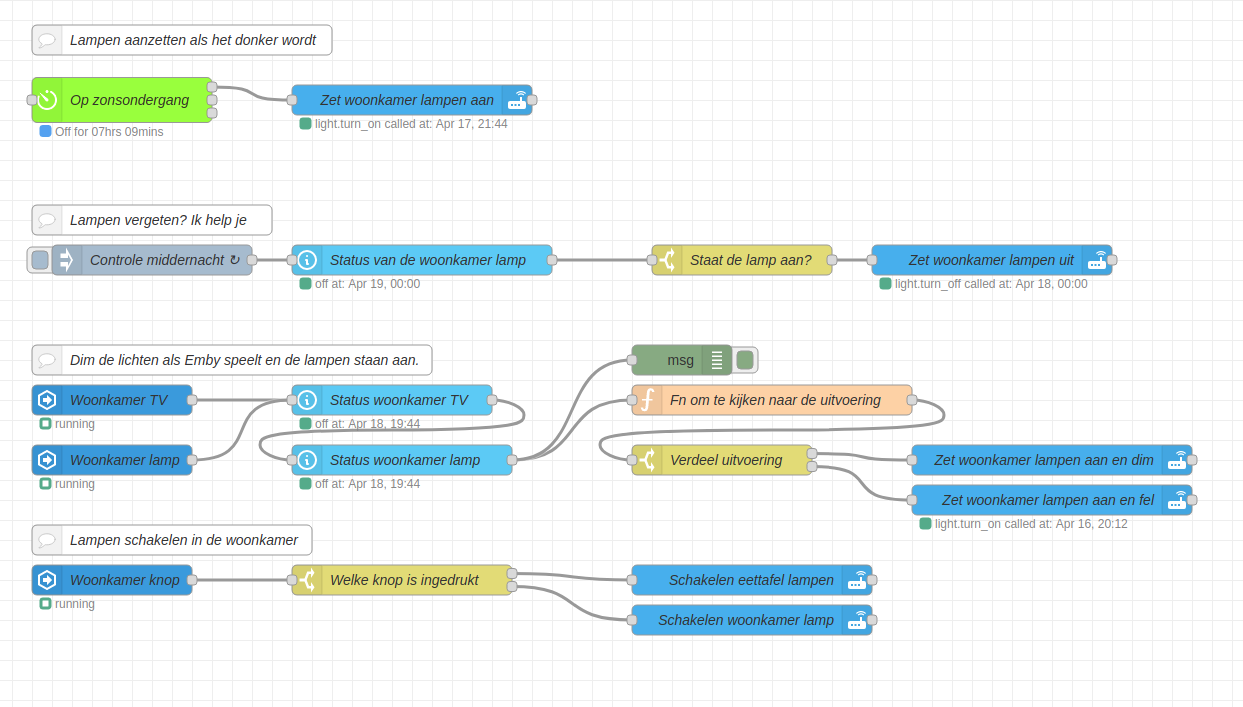 As you can see everything follows a defined path to the end result, and some steps hold a debug end so I can check some functions and variables.

So far for home automation Node-RED definately gets my recommendation and I will be using it way more often.

Also it is now way easier to manage all automations and create changes on the fly or to make corrections to existing automations, I will give an update when I have more news about it.